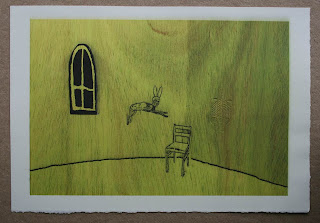 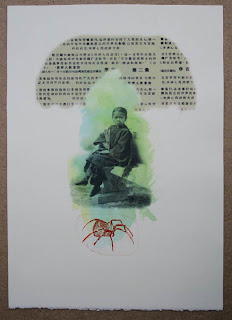 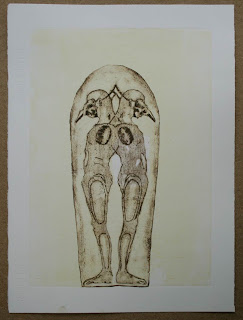 This is a few of the prints from my last batch of printmaking. There was another batch ( sound like a baker) before this one done around Christmas. I have been meaning to post to the blog but then get distracted with getting on with the printmaking itself.

Will post a proper catch up in next few days.
Posted by Aine Scannell at Friday, February 27, 2009 0 comments

Another thrilling installment on Printmaking.... 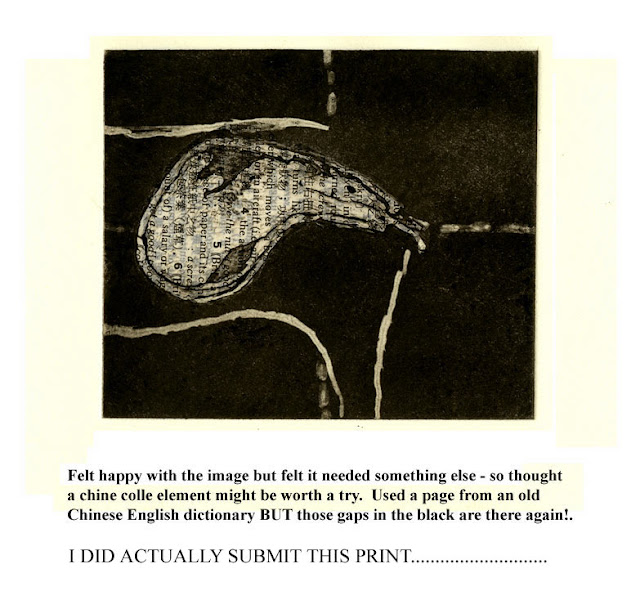 Yeay as I said ....here's one of the prints I finally entered for the British miniprint 2011.

On reflection I think it didn't have enough variation of tone ( which is never my strongest point !!)

I made it using a pre rocked mezzotint plate that I purchased from Intaglio Printmakers in London.
An 18 x 20 cm plate is listed on there as costing £82.00 .......which I think must be a mistake.  Because the ones I bought a few years ago were about £15  each I seem to remember.  I still have two of them I must have felt a bit more well off then because I wouldn't buy something like that now.
What's ironic is that after spending ages making two of the 3 miniprints  I submitted  - I then put in another miniature version of a print I had already done but of which I none the less was very fond of ..

Its called Obdurate Heart and is about homelessness or being stateless ( as in being a refugee)  I had to do 32 attempts to get the colour and size etc printed out correctly - don't let anyone kid you, that inkjet print is an easy option........... 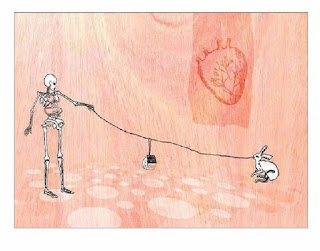 Anyway it was this one the pinkie - that got selected and not the other two which I had spent ages working on.  The catalogue which they made to accompany the exhibition wasn't  too bad I think you can download it as a PDF if you are interested in seeing all the works that were selected to be in the show.
http://www.7thminiprint.com/

Email ThisBlogThis!Share to TwitterShare to FacebookShare to Pinterest
Labels: proof

Information re courses being taught by Clare Yarrington.

Please click on image to see full screen version with full info about the course. 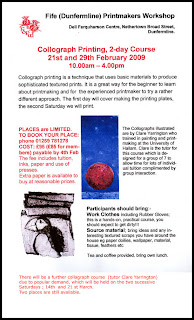