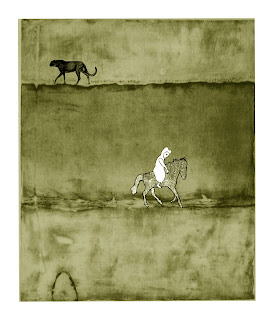 This is the one that I decided to go with. I have done a proof of it and superimposed the image of the little figure on the horse as well as the cat. BUT the ink I used had too much extender base and did not 'stand out' sufficiently so I will have to do it again tomorrow. 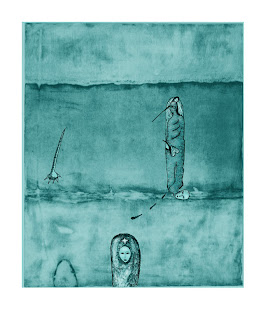 Also the chine colle 'white paper' underneath it wasn't properly cut out to fit so I was also displeased with that. The proof tomorrow will be printed using a mix of Prussian blue and Turquoise blue which I would like to end up looking like a Monestial (spelling ??) blue. I will be using my own Charbonnel inks, just because I really like their colours. 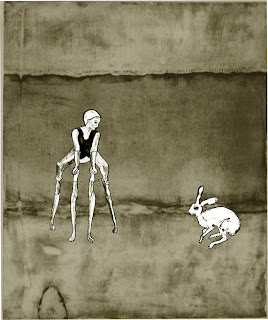 One of the good things about doing mock ups of prints in progress is that well....it's just particularly helpful when you are working on larger pieces to give you an idea of how things might integrate compositionally + whether they look 'right' on e a particular background. 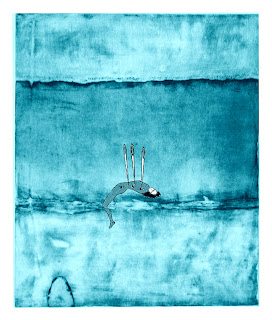 Of course one can then be somewhat disappointed with the actual print when it is done although I think right now I am just a bit annoyed with myself because when I did the ink mixing of the Prussian blue and the Turquoise, I wasn't concentrating (too much chat in the print workshop!!) and I did not get the kind of colour I wanted. 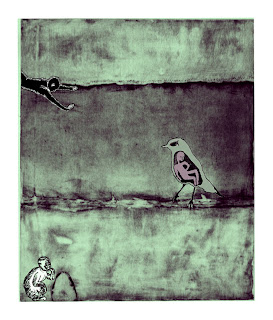 One of the people who was in was Marj Bond who I hadn't met before and it was good to have the opportunity to meet her. I have in the past admired her work (that was quite a while back when I was doing my B.A. hons at Middlesex University. As to the colour she suggested trying adding a darker green to the Prussian blue to get the monesteal blue that I was after.
Posted by Aine Scannell at Thursday, June 11, 2009 0 comments 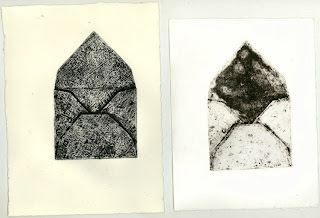 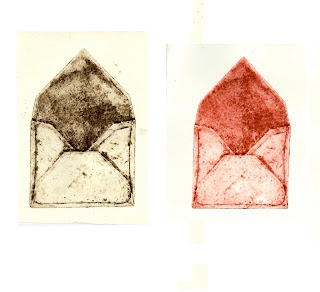 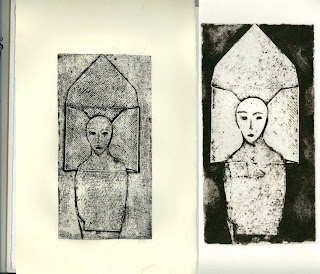 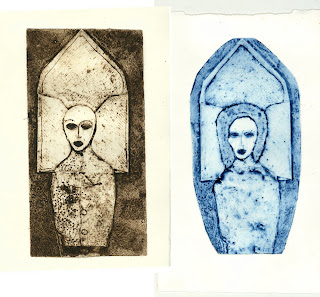 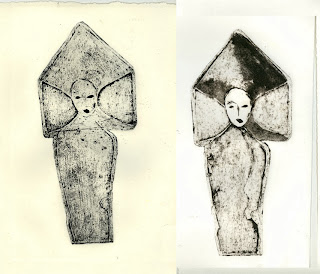 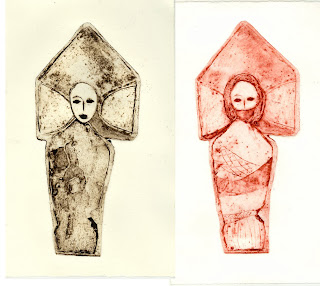 Then I will oftentimes scan it into Photoshop at some point to maybe adjust the scale of something or use the 'liquify' filter to slightly "tweek" an ankle, elbow or head or whatever just a little.

These are made using mount card (including tearing) PVA adhesive and carborundum. Sealed with Lascaux hard ground acrylic. I also used one of my new roulette wheels on the edge of the envelope at one point but I think that the effect is by now 'disappeared'.