Recognize this - this time last year ?!! 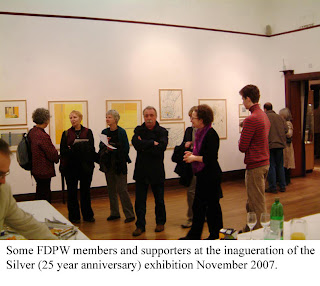 This time last year or thereabouts we were all frantically creating new pieces of work at the print workshop for the forthcoming Silver exhibition at the Kirkaldy art museum. I just came across these on my Flickr album and thought that some of you might like to have a look.
Posted by Aine Scannell at Tuesday, September 30, 2008 0 comments

6 Sides to Every Story 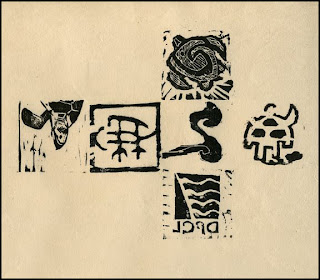 As mentioned in the newsletter, "6 Sides to Every Story" is an international printmaking project. When I say mini-print , I mean mini-print.!!
The area size of surface (wood) that one has to work on is only two by two inches or 5 by 5 centimetres. Heres where you can find out more about this project. If you are interested then get moving on it, quickly.
Posted by Aine Scannell at Monday, September 29, 2008 0 comments

Welcome to the FDPW Blog

Whats the FDPW you may be asking. Well its the Fife and Dunfermline Print Workshop blog. The aim is to provide a space where members can be informed as to what other FDPW members are up to. This meaning in terms of creative output, exhibition wise and to offer one another support and advice technically and all other printmaking related matters.

What a HOOT -- these cubesters are !! 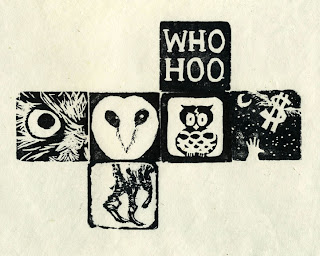 I'm talking about other artists who are participating in the 6 sides 2 every Story project initiated and co ordinated by Candace Nicol.

Received an update today which I hope will 'kickstart' my fellow participants to get our cube finished. Once that's done I can send all the stuff including jpgs to Candace.


I really like this cubes proof
Posted by Aine Scannell at Saturday, September 27, 2008 1 comments

Email ThisBlogThis!Share to TwitterShare to FacebookShare to Pinterest
Labels: cats

My print Studio Blog has been Updated

I have updated my print studio blog
Posted by Aine Scannell at Friday, September 26, 2008 0 comments 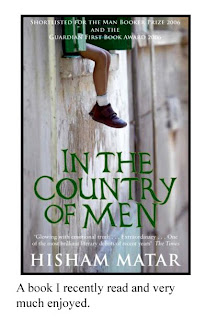 Set In Libya In the 1970’s this is the story of a young boy who lives in Tripoli with his mother and father. His parents are educated people and his father a businessman, who has to go away on trips quite often. So the boy, Suleiman, has to spend a lot of time on his own and/or in the company of his mother.
The person who wrote this story, Hisham Matar, is actually the boy, as an adult. What I loved though was how he communicated to you, his sense of wonder at various things such as plants and people, as well as stories that his mother would tell him.

Also he gives a wonderful sense of this place, Tripoli, where he grew up. As well as being hot climatically, there was endemic fear, suspicion and oppression; the kind that makes people spy on their neighbors and forever have to watch their backs.
The ever-present leader of that country Gadiffi, demands utter ‘respect’ from his citizens. This is an Islamic culture, in which certain cultural mores and practices are just that, part of everyday life. The book gives endless utterances from that culture, which are religiously based and these were interesting to me. Being from a catholic background there were many phrases we used, that were religiously based, as well. For me it was interesting to get a sense of that culture and the period in which he and his parents lived.

You get to know the mind of a young 10 year old boy (I imagine this was his age) and to understand those things that are so important to him – like his little neighborhood friends, their relationships and competitiveness and his admiration of his father. How he doesn’t understand many ‘adult’ things but through the story you sense how he gradually becomes enlightened about many things including the concept of loyalty and betrayal. We hear of his friends father being taken away for questioning by the state police and later he comes to a horrific end which is shown on television, no doubt to terrorize any others, who dare to question or challenge ideas perpetuated by the regime. So along with the magical sense of the narrator’s childhood you also get to picture the lives of the adults in horrific detail and ultimately how these two aspects of life intertwine.

I would definitely recommend this book – it’s beautifully written and I felt a sense of loss once it had come to its conclusion. I admire people who can write novels such as this. What a wonderful talent.
Posted by Aine Scannell at Friday, September 26, 2008 0 comments

Email ThisBlogThis!Share to TwitterShare to FacebookShare to Pinterest
Labels: "In the Country of Men" "Hisham Matar" "Growing up in Tripoli" "Books I've read" 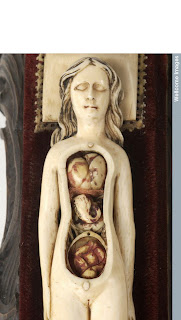 If you don't already know of this image resource - then check it out !! 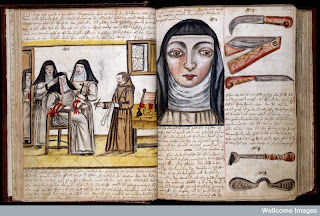 Treatment for lachrimal fistula performed on a nun
ca. 1675
From: Arzneibuch. Compendium of popular medicine and surgery, receipts, etc., in German. Compiled for the use of a House of the Franciscan Order, probably in Austria, or South Germany.
Page 83 - 84
Collection: Archives & Manuscripts
Library reference no.: WMS 990

It's been too long since I posted on here and I thought I would start with an ending. Meaning that I have just finished reading Mister Pip by Lloyd Jones.
The setting for this book, is a small island village somewhere in the Pacific Ocean and I think it may be not too far from Australia.

The main character is a young girl called Matilda, I would imagine that she is about 10,11 or 12. I don't remember her actual age being mentioned. There is some kind of civil war going on on this island and some of the local youths have joined one of the factions.

Somehow or other in the midst of all of this chaos the place ends up without a school although the school house is still standing and there, in a way it all begins. and Mister Watts, who is the only remaining white man on the island, takes it upon himself to adopt the role of teacher to the kids.
In this schoolhouse, remains one book only and it turns out to be, a copy of Great Expectations who's central character (for those not in the know) is Mister Pip, and hence the title.
Watts begins to read them a chapter each day,and of course Mathilda, who is from a one parent family, begins to identify with this young boy from Victorian England. 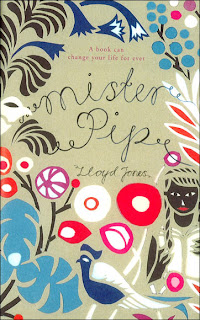 Through this strategy he begins to take these children 'out of themselves' and their rather traumatic surroundings via the magic of literature and they begin to imagine other worlds and times and it has a magical quality for them and for you as a reader of Mister Pip, the book.

As well as bringing the children his knowledge and enthusiasm and stories from his own life, the teacher Mister Watts invites their parents to come into the classroom and share their knowledge with the children. So they come in and talk about all sorts of things to them. Much of this is village life related and specific to their own culture and I liked the way you get the feel of how the islanders speak to one another. Their vernacular I suppose you would say.
You get to understand Mathildas mother and find out more about Mister Watts and lots of other things which all knit into the story.

I had heard this book on Radio 4, when it was book of the week about a year ago or so. I was a little concerned that I would remember too much of it. But as with watching films on TV - I found that I had forgotten it mostly. I suppose all I remembered was that someone was a teacher and had read a Charles Dickens book, to the kids on the island and it had had quite an effect on them.

Anyway - it really is a lovely book which is engaging and thoughtful but very readable and not too over descriptive which I find annoying sometimes in certain books. It's the story I want.
Posted by Aine Scannell at Monday, September 22, 2008 1 comments

View my page on INKTERACTION!


Found this artists beautiful work on Inkteraction.
Check out some more of her stuff here on her faculty website

She uses collagraph a lot and I find her pieces quite elemental and I like that anyone can enter into them man or woman - they are just about being.
Posted by Aine Scannell at Thursday, September 18, 2008 0 comments

I wish I knew what this "Arabic Script" said ?? 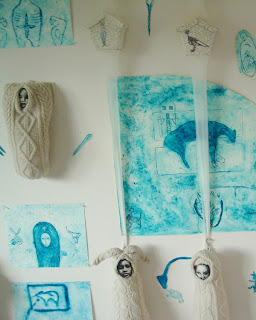 I really find this script form to be so beautiful.

It's a snippet from a review ( on Baghdadart dot DE) of the exhibition (I was in) which was on about this time last year at the Falun Graphic Triennial In Sweden. At the Dalarnas Museum.

Click here to see an album of photos about the exhibition on my page on Flickr
Posted by Aine Scannell at Wednesday, September 10, 2008 2 comments