image above is by participating artist Vladimir Lalic  WEBSITE


I was one of the artists exhibited in the very first Print Biennial in Cacak, Serbia in 2012.  It's kind of peculiar being in the first one as there is no track record, as such,  of the event, for you as an artist, to refer to.  All you can do is go for it and hope for the best.  I wonder how many times in their life,  a visual artist say this to themselves - I wonder ?  ha ha.

Well  .......I mean artist Dragan Dobrosavljevic, who was organising it, seemed pretty nice and professional to deal with............ so it seemed like it would be a good thing to participate in.  I just hoped that the other artists works would be of a good standard.

I remember being in a book published by Gagliardi Art Gallery in London published in 1992-93 I think it was called British Contemporary Art ,  anyway when I received the actual printed book - well the works in it, in general were .......in my opinion......quite below par.....although there were one or two good people like Oona Grimes. 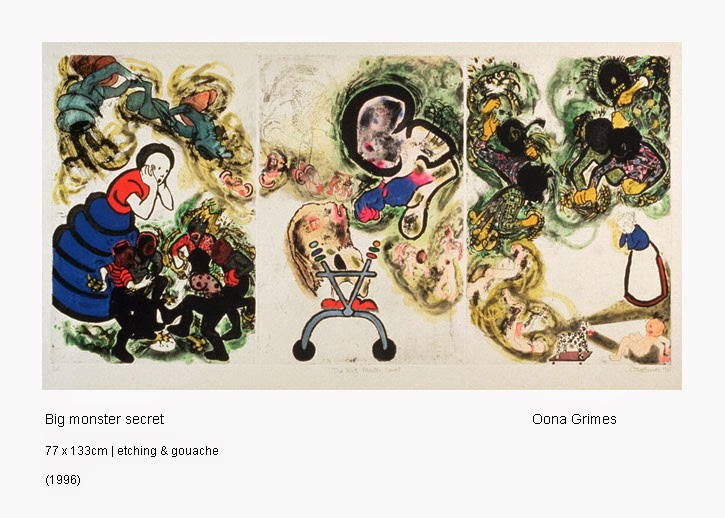 I don't know whether she had been doing printmaking at that time but I remember subsequently seeing her prints at the London Print Fair at the Barbican.  That was in around 1998 and they were really impressive.


There may well have been other people involved in staging the exhibition - I'm sure there must have.  There are some photos of the opening on the album on their Facebook page that can be viewed HERE but it might just be the case that Dragan was the one who was good at computer/web type stuff and at speaking English. 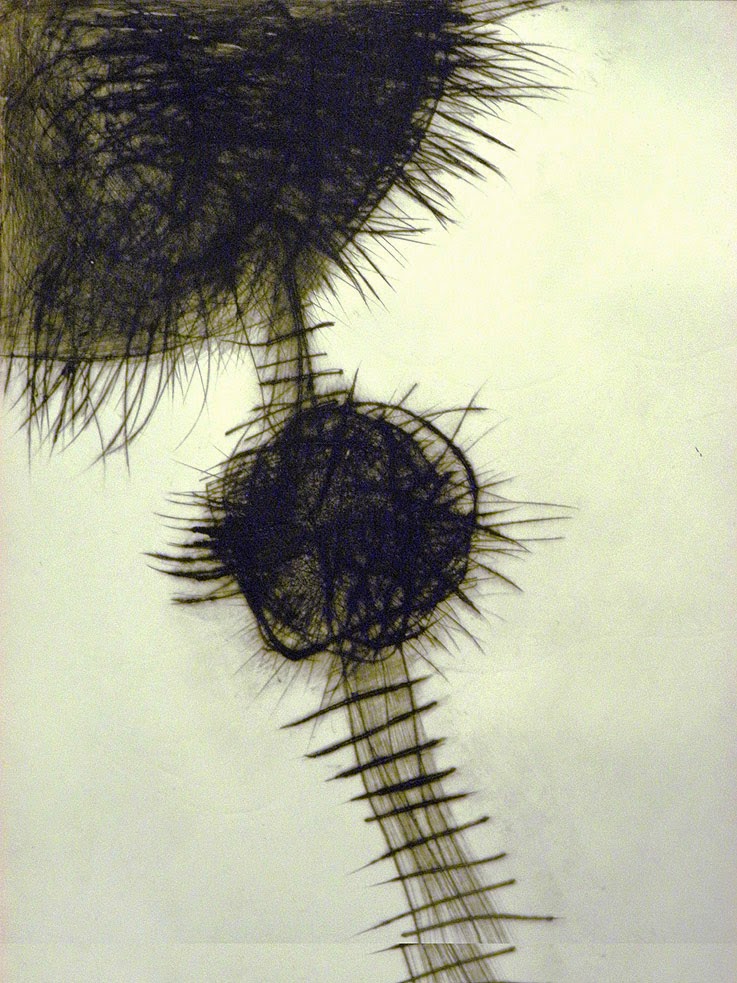 image above by another 2012 participant Georgia Grigoriadou

The event apparently will be taking place again in 2014
and I await further information from Dragan concerning deadline for submissions and so on.  There was a catalogue printed for that first biennial by the way and it was pretty good considering it was their first.  I think really they accepted too many artists and then because they had such a high number of exhibited works - that meant there were a large number of images to squeeze into the catalogue book, and of course that meant that one ended up with e.g., 4  small images of the works per page which  didn't do the artists or the event itself any favour's.  Mind you that's just my opinion but I imagine a lot of the artists who participated would feel the same way.

My apologies  - I say this because the printmaking catalogue I had in my minds eye,  was NOT the one that Cacak produced for their first biennial.  In fact theirs was a small A5 size, soft cover book.  OK the artworks could have been better photographed but I appreciate that this costs a lot of money if you have to for example pay a photographer to come in and do it properly.

I am currently making a submission to Liege and if selected they request that the artists send them a high resolution  e.g.,  18 x 24 cm size jpg .  This means that then they have that taken care of.  Also the artist knows that there work in the book will look good. Look out for an update on the 2nd Cacak Print biennial