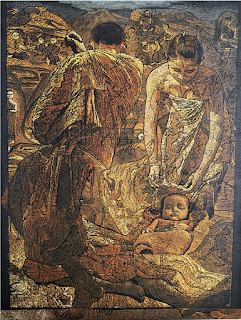 Wow that's a mouthful of printmakers names from China.  I have long admired printmakers from China.  Quite often the works will be done on a large scale using relief printmaking and the majority of that will be woodcut.  Having looked at these works in printmaking catalogue books it will be obvious that these have been painstakingly undertaken over several weeks to months, they are really impressive. 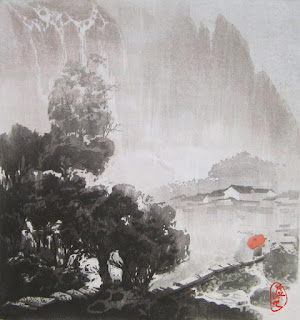 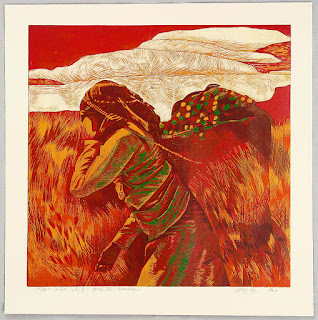 There are some Chinese printmakers that I have come across - which I wouldn't have known about, had I not participated (following submission and selection) in, International   Printmaking Biennials such as Yunnan and Guanlan, in China. 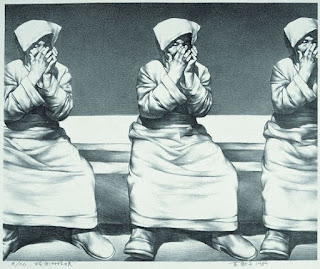 While perusing through some of my printmaking catalogue books I've encountered some very impressive pieces.   However the 'specifications; of the pieces I have particularly liked,  have only had the name of the artist given in Chinese characters so of course, as I don't speak or read the Chinese language its impossible for me to try to find further information about them on the Internet....which is so disappointing and I think that's such a shame. 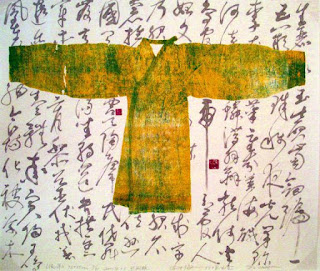 It would have been quite nice had I been able to get in touch with them through their website.

Come to think of it that would be useful for them as well as then other people from the art/printmaking world could contact them about featuring them in exhibitions books research and so on.


Silkscreen By XuYi Jian Mei  (no size given) 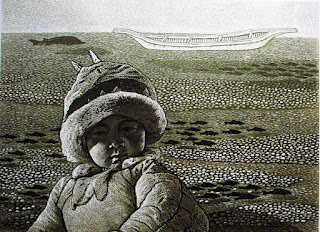 The other thing which I must apologise for is that with some of the artworks there was no title or no technique given or no indication of size.

I would imagine where the size is not indicated that the prints will generally be approximately be about 50 x 70 cm or larger.

woodcut by Xu Chengchun (no size given) 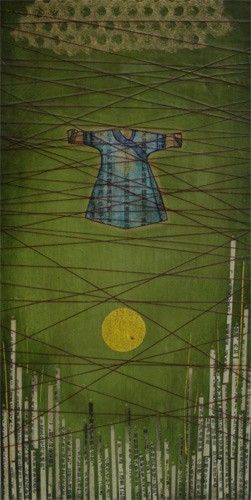 I really liked this as it seemed somewhat progressive beyond the landscape portrait - although the 4th and 5th do seem to fit this category also .  Its my favourite so far but its a shame that it has hardly any details AND that the image you see here is as large as it gets. 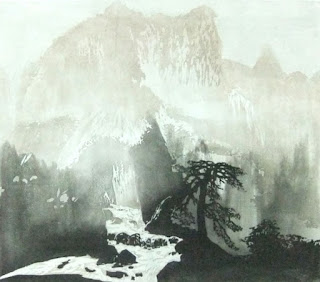 Another print by the artist who made the first print shown at the top of this post namely;  Zhou Xing. No technical details available. 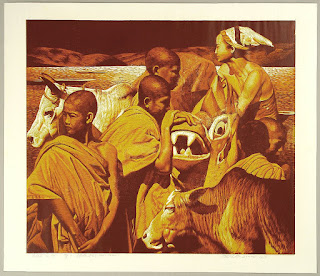 The same goes for this piece by Zhang XiaoChun - his is the second print down from the top of this post.
Here is a link to some more info on him on this website. 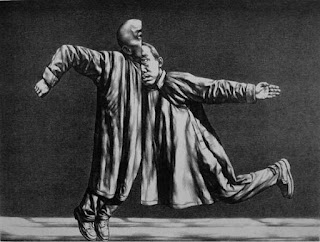 Woodcut by Su Xin Ping- I like how 'disconcerted' this image makes you feel.
As a visual artist Su Xinping works with oil painting, lithography, etchings and woodcuts.
Over the past couple of decades he has also established an international profile.  I like his surreal take on things and commentary from the old China to the new China.

Here is link to more about him /his work 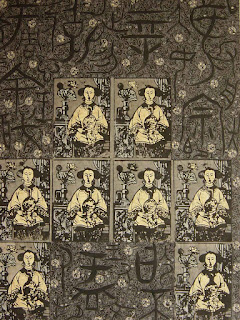 "Classical No.2" silkscreen by Zheng Xuewuale 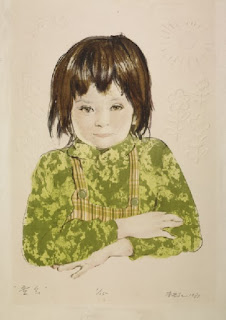 I hereby include this print in a gesture of  protest....

It's very disappointing to say that I could not find one single female printmaker from China....


this is by a non "X" artist
Li Hongren lithograph and embossing.